It’s been said over and over again that this is the true “Social Media Election”. I would argue that 2012 probably was the first social media election, but #Factsdontmatter anyway.

I will now break down the major presidential candidates and what social media platform they most resemble. If you get personally offended by comments about political candidates then I’ll warn you now that I don’t care.

This isn’t an original take on Trump, PFT Commenter (whose brilliant shirt is featured in this picture) has done an excellent job bringing this idea to light. It might make more sense to say that Trump is Twitter because he has successfully used Twitter to incite anger, which is his greatest tool. But Trump truly upholds the ideals of a typical internet comment section. You can’t watch a video of two dogs on a swing on YouTube without seeing the comment section break down into racist arguments, conspiracy theories, insults, and just general rage. Trump succeeds because he panders to these base desires, and these base desires come out when people can hide their face behind an avatar and a screen name. Trump is rich enough, famous enough, and shameless enough to not have to hide his face when he says these things.

All comment sections and Trump speeches kind of resemble infomercials. When you first start watching them you chuckle at the insanity, but 15 minutes in you start thinking “Maybe I do need this ladder than converts into a mop…” before you hopefully snap out of it. After about 50 comments you forget everything you previously knew and start wondering if maybe Obama is a muslim and is the reason you lost your job to an immigrant. Then you snap out of it and remember that you didn’t actually lose your job to an immigrant. That commenter did because they didn’t work hard enough and spent most of their time arguing in YouTube comment sections.

Bernie is identified with Twitter because a huge portion of his popularity comes from the hashtag #FeelTheBern. It’s perfect for our overly ironic times. I honestly think his supporters must be taking our love of irony too far. “Wouldn’t it be great if we elected a 74-year-old career politician and avowed socialist just because of this cool hashtag? Those idiots who take things seriously will be so upset! #YouMad #FeelTheBern”. Twitter has people from all walks of life and all political leanings, but the most influential Twitter users tend to be liberal (this is based on no empirical facts other than what I’ve noticed). It’s perfect for their brand of politics: blame everything on capitalism and businesses and point to the government as our savior. And when the government inevitably fails us, blame the Republicans in the government.

Case in point: before any facts are known about a shooting, massive amounts of Twitter users will begin blaming the NRA and Republicans for the shooting as if they perpetrated it themselves. They can’t even wait to find out what happened before blaming someone uninvolved.

Which is why Twitter is perfect for Bernie. Only in a truly absurd world would Bernie even have a shot at the Presidency of the United States and Twitter is an absurd world. It’s a world where someone like Sarah Silverman can tweet on Martin Luther King Jr. Day that she knows MLK would have voted for Bernie. Yes, Sarah, seminary trained, deeply religious, Martin Luther King Jr. who never endorsed a political candidate or party would definitely use his only political endorsement on Bernie Sanders. To her credit, Silverman did admit that she made an error in stating that, but it does give you an idea of how far the rhetoric about Sanders goes on Twitter.

When you only have 140 characters you can say things that have no basis without having to back it up. It’s where, as the true prophets of Twitter Desus and Mero espouse, #factsdontmatter. 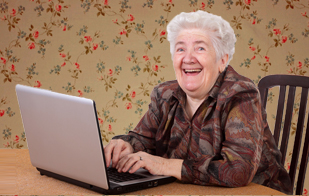 Let’s see, Ted Cruz is beloved by middle aged and older people, divisive, awkward, and strongly disliked by people in his own party. Yeah, this one’s pretty obvious. Facebook is the social media most of us tolerate for some reason or another.

If you’re like me, it’s because it helps me keep in contact with some people I actually care about, some people I don’t, and a bunch of people I don’t remember. Many people in my generation have either left the social network or dream of the day they will. Meanwhile, people in older generations continue to flock to it. They love it for many reasons, but sharing why they love Ted Cruz has got to be a Top Ten reason. Many Republicans would hate it if Cruz became the nominee, but are starting to realize they may have to settle for him to avoid Trump. I mean, as bad as Facebook is, it’s not as bad as comment sections right?

Hillary Clinton – Snapchat (or, whatever the kids are using these days…Dab!…Whip…Nae Nae)

Hillary is whatever her staff tells her to be and right now Snapchat is the hot social media. All the media outlets want you to follow them on Snapchat so therefore Hilldawg is Snapchat. This is all subject to change at any moment if the hip, cool kids decide to move on to another app or something.

MySpace was wildly popular in the mid-2000s but completely fell off the radar. It still exists and has gone through some rebranding to make it seem relevant and hip and even had some big names behind it. And, maybe if we gave it a shot it would actually be pretty cool…nah never mind who I am kidding?

Jeb! has had his more popular days, like when he was governor of Florida, but now he seems old and bland. I mean, he even added an exclamation point to the end of his name as his MySpace-style rebrand. If he was smart he would rebrand around this amazing picture. 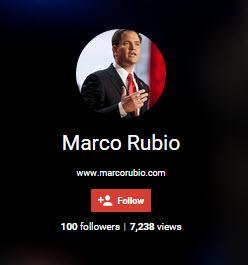 In my opinion, Rubio is the best candidate out there. He’s young, smart, eloquent, funny, has a great backstory, and lacks any major scandal. However, he seems to be lost in the shuffle of the major Republican candidates despite being likely the only candidate that could beat Hillary Clinton.
Google Plus may be the best social network available. Google Hangouts are great, we used to even have Google Hangout classes in college. But I don’t use it and neither do you because “no one uses it”. It’s sort of a self-fulfilling prophecy, but if your friends don’t use a social network then you won’t either. And that’s Google Plus. I do hope Rubio doesn’t go the way of Google Plus and he actually rises above the other candidates in his own party, but I’m beginning to get nervous that that won’t happen.

Xanga was briefly popular a long time ago. Rick Santorum won the Iowa Caucus and a bunch of other states in 2012, which seems like a long time ago. Santorum’s candidacy, like Xanga, is completely dead, but no one has told him yet.