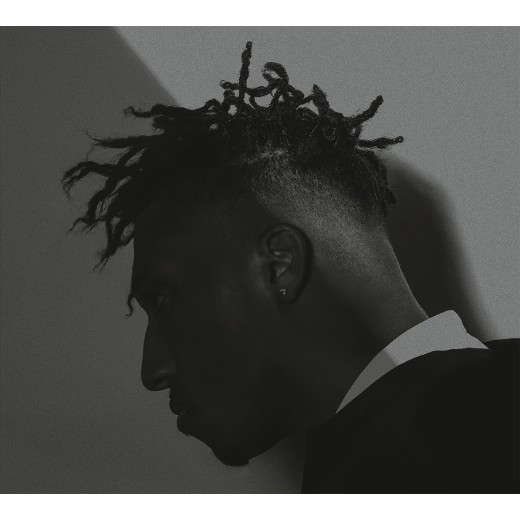 I’ve been making top ten album lists since 2012 and I’ve done them in different formats every time. This year I’ve broken it down into three posts: The Honorable Mentions, 10-6, and 5-1.

First up is the honorable mentions. These albums should all feel honored just to be mentioned by me.

Everything Now, Arcade Fire – No band is perfect, but Arcade Fire had never released a dud until this one. Now, it’s an honorable mention because it’s still better than any album most bands ever put out. But, ultimately it’s forgettable. It’s just not the significant piece of art that every other Arcade Fire album has been up to this point in their career.

Soul of a Woman, Sharon Jones – The great Sharon Jones left us over a year ago, but she and the Dap Kings put out a great record of new music this year. It’s so great to hear her unique and powerful voice even though she is gone now. She is sorely missed.

So You Wanna Be An Outlaw, Steve Earle – One of the last true country troubadours left, Steve Earle put out a great country record with some rocking numbers, most notably “Fixin’ to Die.”

From a Room Volume 1 and 2, Chris Stapleton – Everyone knows who Chris Stapleton is these days, and for good reason. Both of his releases this year continue his streak of putting out impressive country records. Neither touch his debut solo album though. “Second One to Know” is such a great tune.

DAMN, Kendrick Lamar – I know you’ll see this on most Top Ten lists and deservedly so. Kendrick is an incredibly important voice for the culture. “DNA” is a mindbogglingly good song.

4eva is a Mighty Long Time, Big K.R.I.T – Often referred to as the most underrated rapper alive, Big K.R.I.T occupies a very unique space in Hip Hop. His insistence on doing things himself allows him to release incredible records like this one, but also tends to hold him back when it comes to big record labels getting on board and giving him the big release he deserves.

All Things Work Together, Lecrae – Lecrae is the king of “Christian” Rap, being the first true superstar in the genre and the first to break into the mainstream of Hip Hop. His goals lately seem to be to get more radio play, an admirable goal as his music broadcasts totally different messages than most songs on the radio. However, I feel that it caused this album to sound a little too mainstream at times (“Blessings”, “Hammer Time”, “Can’t Stop Me Now”). There are still some absolute monster songs though, “Facts” lays his beliefs down straight and answers a lot of the haters and doubters that come at him all the time. “Come and Get Me” also brings that same aggressive and straightforward Lecrae that made him so appealing and popular.

Wonderful Wonderful, The Killers – One of the few true superstar American rock bands around, The Killers remained true to themselves with their first studio album in five years. It’s their best record since Sam’s Town.

Crooked, Propaganda – The LA poet, rapper, and activist will always hit you right where it hurts. His songs delve deep into Christianity, race, family, loss, pain, and more. If you’re looking for easy answers and songs that tie things up in a nice bow, then skip this record. If you are looking to question everything and come out the other side with a different perspective, then sit down with this thing for a while. I promise you will be better for it. Check out “Darkie” for a nice kick in the gut.

Big Bad Luv, John Moreland – You won’t hear a voice like John Moreland’s anywhere else. The Tulsa-based artist’s voice is textured with a country-tinged hoarseness filled with pain and lonesomeness and defiance. He can write a sad song like very few, but he can also bring the upbeat numbers. Even these more rocking songs are kept in perspective with his unique voice. This album was the closest to cracking my Top Ten. 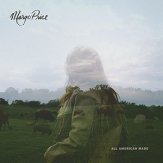 All American Made, Margo Price – One of the best new(ish) voices in country music, Price’s perspective as a female country singer is sorely lacking in mainstream country. While she sits just outside the mainstream, she is breaking through and a great album like All American Made will help solidify her place in the genre. Oh, and a collab with Willie Nelson doesn’t hurt either. 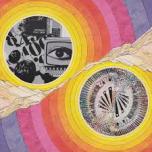 Play Dead, MuteMath – This is a really good record from one of my favorite bands, but I couldn’t listen to it too much because the band essentially broke up right when it came out. Darren King, the drummer and the most essential member of the band besides lead singer Paul Meany, decided to leave the band before their tour for the album. Bassist Roy Mitchell-Cardeñas also had decided the same thing, but much earlier and less acrimoniously. The band is totally different without Darren and Roy. It makes me sad to even talk about, they were the second concert I ever saw live in my life and still the best live band I’ve ever seen.

Waiting on a Song, Dan Auerbach – The Black Keys frontman released his second career solo album this summer and it has some great songs, like “Shine on Me” and “Waiting on a Song”. The reason it didn’t crack my top ten was that I felt that it was a little simplistic. It’s got a great 60s feel to it, but it never really grabs you like the best Black Keys albums, or even like the album he put out with The Arcs in 2015.