Major sports seasons are all unique in their own ways. They are all designed to get maximum entertainment and maximum dollars out of fans. Some are too long, some are too short, and some are perfect. I will attempt to pass judgement on the major sports. I’m not breaking new ground with any of these arguments, but I am compiling all of them into one article. These are Football (NFL and College), Basketball (NBA only), baseball, and Soccer (mostly EPL). I also threw in a few extra at the end. Let me know what you think in the comments section.

This one is as close to perfect as it gets. If we don’t include the preseason, it last from the beginning of September to the beginning of February, a little less than six months. It dominates the national consciousness while it is happening, which is why it’s good that it only lasts as long as it does. The regular season is 16 games, which seems to be about the maximum amount that the human body can handle when you include the two teams that make it to the Super Bowl. When the Super Bowl ends it’s sad because everyone realizes that football will be gone until September, but I’ve never found myself too distraught. The stress brought on by the previous six months requires another six months to recover. I’m never ready for another football season until the end of July when training camps start. The long break isn’t just important for fans, the players have been punishing their bodies day in and day out for six months, it’s a much needed break so they can be ready to do it all again next year.

The push by the NFL to add regular season games will ruin the sport in my opinion. People already get hurt at an alarming rate in the NFL. Adding two more games will just increase the chance of regular season injuries. It will also cheapen the regular season, rendering games not as important.

College football places the most importance on regular season games of any sport. One loss can effectively end the season for a team. A national championship winning team plays around 11 or 12 games. This is also close to perfection. Every game matters, from the first game against Directional State University to the last game that hopefully is a BCS bowl game. College football lasts from the beginning of September to the first of January, an even shorter season than the NFL. Again, this is necessary for the players and fans to recover for the rest of the year. The college football season is the most stressful of all sports because the regular season is so important. While I think that a playoff is very important when it comes to determining the proper champion, I fear that it will render regular season losses less important, which will take away some of the magic of the regular season.

This is one of the worst offenders. The NBA season lasts from late October to the end of June, taking up eight whole months! The playoffs themselves take up two and a half months. Because eight teams from each conference make the playoffs, it renders the 82 game season almost pointless. Games from November-January are useless to watch unless you are a team fighting for the 6-8 playoff spots. And if you are one of those teams, your chances of making it very far in the playoffs are very slim. As opposed to the Wild Card teams in football and baseball that win the championships fairly often, only one 8 seed has ever even made the Finals and that was in the strange, strike shortened 1999 season.

The strike shortened 2011-2012 season was actually better because the games started at the end of December, proving that nobody missed the NBA in November. And just to add fuel to my fire, the NBA Summer League starts less than three weeks after the Finals end. That’s insane.

Many people complain that the 162 game baseball season is too long, and it’s hard to argue against that. However, the baseball season still isn’t as long as the NBA season. It begins around April 1 and ends at the end of October. They are able to fit twice as many games as the NBA into less time. Obviously this is because baseball is a less physically demanding sport than basketball, but the 162 games are actually more valuable than the 82 game basketball season. Only 5* teams in each league make the playoffs, which means that teams have to take care of their business throughout the season in order to make the playoffs. One argument for the keeping of 162 games is the fact that it is actually common for teams to be tied after 162 games and are forced to play a one game playoff. If they weren’t able to separate themselves after 162 games, why would they be able to if the season was shortened?

Another thing baseball gets right is the playoffs. The playoffs are referred to simply as “October” because every game usually fits nicely into one month. This is made possible by only having three** rounds, one of which is a best-of-5 series. The NBA has four best of seven series, which is exorbitant to say the least.

Another reason that baseball is allowed to have so many games is the time of year that it is played in. When baseball season begins on April 1, it signals the end of winter to many. Spring has sprung and the sun is supposed to be shining. When baseball season ends in October, it signals the beginning of Winter. Baseball is a Summer sport, meant to take up time. It is after all, America’s Pastime. It’s not America’s obsession like football. Baseball is meant to relieve stress on a Summer day. Nobody watches college football to relax, instead it has the opposite effect. The baseball playoffs are a different story, but that’s what makes them special. It’s a totally different ballgame when every single pitch matters. 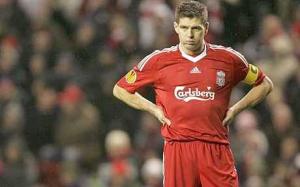 I have the most experience watching the English Premier League, however I’ll start with soccer as a whole. It is the world’s obsession, and the world has an insatiable appetite. Soccer never ends, the best players in the world tend to get about a month off every year. Between domestic league and cup games, Champions League games and international duty, no athletes work harder and travel more than soccer players.

For someone that does not pay attention to soccer it can seem hard to break into the sport because of all of these competitions. I understand that idea because it took me about two years to get them all straight. As much as I am a fan, I do believe that the seasons are too long. There is never a definite time where soccer “goes away”. Most casual fans just watch during the World Cup, which is every four years. To them soccer goes away for a long time, but to the avid fan, the domestic league generally begins in August and ends in May. The World Cup, European Cup, Confederations Cup, or other international competitions usually begin in June and end mid July. I have no idea how top players like Lionel Messi, Cristiano Ronaldo, or Luis Suarez ever find time to recover for the next season. They might get one summer off every three years.

The Premier League may be one of the toughest to play in because it does not take a Winter break like many other leagues. Some leagues take the month of December and part of January off to rest players and avoid the coldest parts of the year, but the EPL doesn’t do so. Not many places are more miserable in the winter that England, so it might lift the spirits of the citizens to have games during this time. For players, however, it can be very tough.

As a side note, the MLS plays its season during the Summer which creates major conflicts with the US National team. When the team is playing in tournaments like the World Cup or Gold Cup, they take players from MLS teams. These teams have to play a large part of their season without their best players. Many people believe that the MLS must move to an August to May season in order to be taken seriously abroad. The major issue with that is teams that share stadiums with NFL teams. A large portion of MLS teams play in soccer specific stadiums which is a major step in moving the season.

Does this season ever end? NASCAR has a champion that is crowned in November, but the Daytona 500 is held in February. Did they even have time to engrave the last champions name on trophy?

I don’t even know.

**Or four if you are the Wild Card team. Stupid Bud Selig.